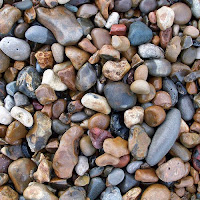 The other night, at Parents' night, the teacher explained how 2-3 year-old kids are really into the idea of "guarding." He proceeded to give me a handful of pebbles my son had asked him to "guard" that very day. Of course, after a brief moment of inexplicable pride, my immediate instinct was to question how I've raised him to be so territorial.
Then I realized he's far from alone; he's probably a social media maven in-the-making.
Our social media behavior obviates how territorial we all are. Take hashtags on Twitter. What better way to say "guard this idea"? RT-ing, in this vein, is yet another defense mechanism-- that is, defending your intellectual territory. It's a way to show your association with an idea, if not partially own it. What about the race to pagerank? It's all about marking territory. Is oversharing yet another tactic? Increasing the probability that you'll be rewarded with authority, influence, and other forms of credit for any number of potential memes...
To me, hashtags on Twitter epitomize the idea of territory-marking. They seem inherently different from tags in other media, e.g. blogs. I have a feeling our hashtagging motivations go deeper than the universal need to classify and develop a taxonomy. There's something subversive and blatant about the ownership motive there. Maybe the ephemeral nature of Twitter encourages us to hoard more intensely than a longer-form, more enduring medium.
Could the sheer scale and fast-growing nature of social media bring out this territorial instinct in all of us? It reminds me of the drastically different behavior we show when primed with mortality salience. I remember one study where men rated wholesome women to be more attractive than promiscuous ones when primed with their own mortality. I wonder if we use more hashtags when Twitter volume is particularly high-- as a strategy to manage the noise. This would be a nice microcosm of the increased territory-marking that seems to be going on as communication - messages and media -- proliferates.
We've long known that unpredictability and lack of control compel us to make our mark. When my son asks his teacher to guard things, he clearly perceives risk in losing them. Preservation and ownership claims make sense for the uncertainty that is life at age 2. If we, however, perceive a loss of control in social media, we might need to conjure up better strategies to establish order.
Photo credit: Mrs. Logic on Flickr